Do you have an Android 7 device? Yes? Then wait a year or two, or three, IDK.
Do you don’t have it? Then buy one, oh wait, right in the money.
Do you want to use Citra, but don’t want to upgrade your PC (32bit is too dam old, move to 64 already, it will go faster!) neither your smartphone? Buy a 3DS. Oh wait, you should have one already in order to use 3DS games on Citra.

So then, what are you guys (talking in general, because you used the word “we”) so needed of an Android version right now. If you are supposed to have a 3DS at least. Unless your 3DS is broken, there is no rush on eagerly wait for something. And if it’s broken well, I’m sorry, but you can’t use Citra because you can’t even decrypt the games, or dump the Home Folder.

I’m asuming you have already seen all the FAQ, and Community Rules.

Your post has already been answered, please refer to our
Frequently Asked Questions.

But to update you, there are no official plans to develop an Android port at this time. There have been a couple Android forks, but neither are in a state where emulation is remotely possible. The amount of work related to creating an Android port is substantial, and not very reasonable with Citra being in its current Alpha state.

You are very silly. Citra is still in development. There is no way to do that on Android because Citra has a lot of bugs need to iron out. Playing your games on your 3DS if you want and give 2 years at least.

And even if Citra was in Android already, I’m sure that it would require a very powerful device.

Well… in my tablet the Drastic emulator is a little slow, but no too much… obviously, i want that version and play games of 3ds in my smarthphone… but i see that hard too do, no imposible, but hard

Drastic emulator is a little slow, but no too much…

The original Nintendo DS is an entirely different console and architecture, and its speed is not representative of any other emulated console.

What I meant by that, is that the Nintendo DS emulator achieving excellent framerates does not correlate to any android port of Citra. It would take a substantial amount of work and even then it wouldn’t achieve a fraction of the playability that PC versions of Citra do.

What I meant by that, is that the Nintendo DS emulator achieving excellent framerates does not correlate to any android port of Citra. It would take a substantial amount of work and even then it wouldn’t achieve a fraction of the playability that PC versions of Citra do

Sorry, i am new in this

Hey guys, you are forgetting the Shield TV which is an android based game console. It literally uses the same architecture the Nintendo switch based its design off. You know, that new game console coming out that can play current gen games? Porting to ARM should be the argument here, not performance or the power of android devices.

In short: NOT IMPOSSIBLE

The only one stating it is impossible was a user who had been banned previously, but we forgot about when we moved to the new forum software. His posts have been removed.

It’s true that the top of the line smartphones and android devices are comparatively powerful, but that doesn’t matter as of now due to the reasons I’ve explained previously in this post.

Yeah that is what I was responding too. I didn’t notice till I saw it magically disappear

Well you can always get inventive yourself: http://a.pomf.cat/rqiutm.webm 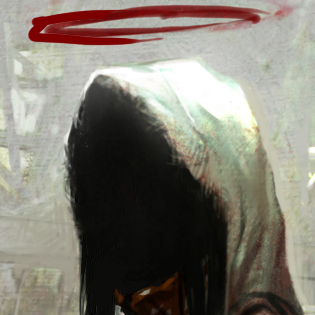 A touch overlay for Citra. Contribute to uberhalit/CitraTouchControl development by creating an account on GitHub.

Well you can always get inventive yourself: http://a.pomf.cat/rqiutm.webm

Sshh, don’t let the typical people who just want to scam people by making them to believe there are emulators for Android so that those have to fill scam surveys know about this!
(Just kidding).
But in all seriousness, that’s a nice idea.