Citra is stuck in German

I’ve installed Citra twice now and both times it’s opened with the language stuck in German. I’ve navigated to the region and language setting and both are set to USA and ‘Englisch’. But all the tabs and what in Citra are in German.

Citra Version (found in title bar): 1397
Game: No Game
Screenshot of Issue (include the full Citra window including titlebar): 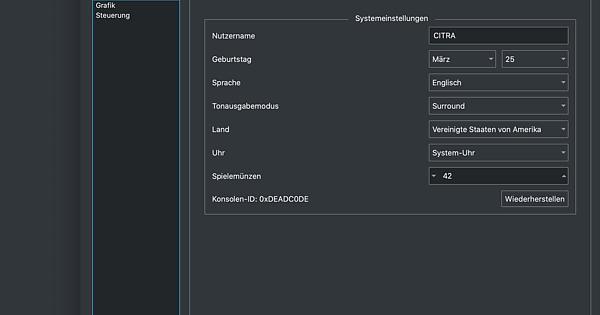 You have changed the console region and language, what you need to change is the interface language, it is set to system language by default.
Go to ‘Allgemein’, ‘Benutzeroberfläche’ and change ‘Oberflächensprache’.

Thank you, my system isn’t set to German so don’t know why it did that but it’s fixed it.