Citra wont launch at all

I used the installer to download citra and neither canary or nightly will launch. At most I will see the citra-qt show up in task manager then disappear/ say suspended then disappear. Would appreciate any and all help.

Update: I am able to open the emulator sometimes but first i have to try to open it though run then try using the .exe as an administrator!citra_log.txt (244.6 KB) Was finally able to get some log going

Which game are you trying to launch? does it have any hack/modification?

add an exception your citra-qt your on antivirus (including defender). also try closing other apps like discord your obs when launching citra.

restart your computer and reinstall citra.

hey thanks its working now, it will relaunch no problem

how did you fix the issue as i have the same issue and even after allowing the app in defender its still not launching.citra_log.txt (98 Bytes)

Make sure you have done step 1 correctly at How to Upload the Log File ). Your log filter is currently set to *:Critical which is incorrect, you must set it to *:Info

Upload a new log after you have done that.

What is your Windows version? Open winver to find out if you are on like Windows 10, 1909 build. There have been reports that build is causing issues and by updating Windows to like 20H2 fixes it. 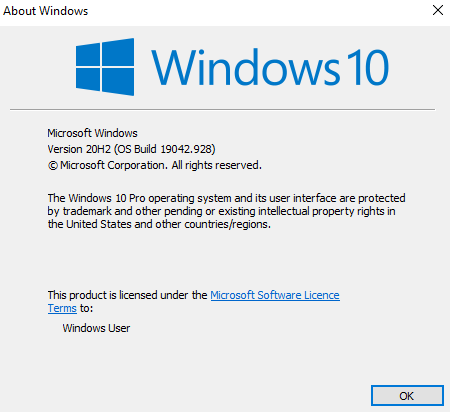 Also, to change log filter to *:Info, I should be able to open Citra app which is not happening?

Do you have other antivirus software? Worst case you have to reset Windows with the “Reset this PC” option or even reformat(to get a clean install).

In the mentioned path, I don’t have a qt-config.ini file, intead, I have this sdl2-config.txt (11.4 KB) file in the same path. Will this help? Also, I don’t have any antivirus, except for Windows Defender, in which I’ve already made an exception for Citra.

Are you certain you’re trying to open citra-qt.exe and not citra.exe?
citra.exe is the command line version, which doesn’t have a GUI.
You should use citra-qt.exe instead.

Yes, I am opening citra-qt.exe. I’ve also noticed that whenever I try to open it, it briefly runs in the background processes as it shows up and disappears in Task Manager.

Is this thread closed? If not, please help me with my problem. It’s been 3 days since anyone has replied to my latest post.

I can’t say for sure but I will suspect something is wrong with your system. I would reformat and reinstall Windows to start out fresh, maybe it’s been awhile so a bit of spring cleaning wouldn’t hurt.

Make sure you backup everything you want to keep before you do this though.

As tywald already suggested, there might be some corrupted Windows files that are causing this behavior:

Type cmd into your search bar, then right click it when it pops up and select Run as administrator afbeelding973×100 3.55 KB
After that’s done doing it’s thing, restart your PC (Start → Restart) and see if you can launch citra-qt.exe now.
If that doesn’t work, open up the command prompt (cmd.exe) as an administrator again, type in DISM /Online /Cleanup-Image /RestoreHealth:

afbeelding977×102 4.09 KB
Press the Enter key and wait until it’s done, then reboot your PC once gain (Start → Restart). Now run the command prompt (cmd.exe) as administrator one last time and do another sfc /scannow, followed by a reboot once more (Start → Restart).
Now test citra-qt.exe.
next page →