Issue:
When I load Fire Emblem Awakening’s CCI file, it works fine at first; I can view the intro cutscene, and navigate the menu. There’s a slight bit of lag during the intro, but nothing major. However, once I choose my difficulty settings, the game freezes, my entire screen goes black, my monitor loses signal to my PC for a short moment, and when the monitor regains its signal, Citra has gone completely white and I receive an AMD bug report popup claiming a driver timeout has occurred. Citra then proceeds to close.
I have looked at the game’s compatibility list, no one has experienced this issue there, and there isn’t a test for my specific GPU. I have looked through other threads for people experiencing similar problems with Fire Emblem Awakening, and have tried the following solutions, to no avail: Turning off Accurate Multiplication, Deleting the OpenGL file in the Shaders folder and then turning Accurate Multiplication back on, resetting my config file, updating my PC, checking if my AMD driver is up to date, (it is as far as I know,) using both the Canary and Nightly builds, and decrypting Fire Emblem Awakening’s CIA file a second time just to make sure it decrypted correctly. As I said, none of these solutions worked, I still experience the same exact crash each time.
This is my first time using Citra, or any 3DS emulator for that matter. I have no idea what to try next, please advise.

This driver is out of date. Please update to the latest driver available: https://www.amd.com/en/support/apu/amd-series-processors/amd-a10-series-apu-for-desktops/7th-gen-a10-9700-apu

Additionally, please use Citra Canary. There’s currently a workaround for unsupported AMD GPUs in there.

I downloaded and installed the update you suggested, then restarted my computer and tried running the game in the Canary build, but it still didn’t work. I received the same crash, but this time, Citra wouldn’t close automatically, and I couldn’t close it manually. I had to use the task manager to end its task. I tried this in both Canary and Nightly builds just to see if the crash would still happen, and it was identical in both versions.
Here is a screenshot of the issue persisting in the Canary build even after downloading and installing the update: 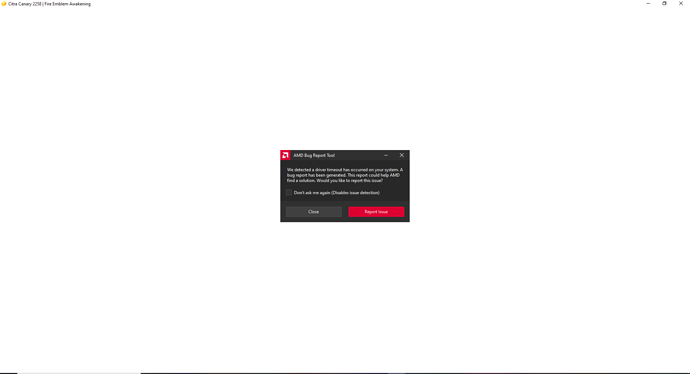 Ah, my bad. Seems like the fixes aren’t in Citra Canary yet. That would be tomorrow most likely. Try using Nightly 1782 in the meantime: Release nightly-1782 · citra-emu/citra-nightly · GitHub

Ah, it’s totally alright, thank you so much! I tried the build you sent, and it worked just fine! There was a bit of lag, but that was expected. The game didn’t crash at all, and I was able to enter character creation! I kept playing just to test, and I was able to complete the beginning of the game without a hitch.
Again, thank you so much, I was at my wit’s end over this, heheh.
Good to know tomorrow’s build of Canary’ll likely have the fixes, I’ll keep that in mind too! But for now, this will do nicely, so thanks a lot! You were a huge help, heheheh.