Issue:
I was playing Pokemon Sun using the previous Nightly version (I kinda forget which version) for quite a while and it ran well without any bug. And then, I tried downloading the latest Canary version for my second citra in order to let me trade with myself. At first, it told me to update my nightly version to the latest version and I updated it. After I update my Nightly version my Pokemon Sun began to have issue. The Pokemon Sun still ran until I chose the savefile. After I chose the savefile the screen became black but I can still hear the background music and the sound effect of me walking around but i saw nothing, just a black screen. I tried to uncheck the ‘Enable Hardware Shader’ and the blackscreen was gone after I restart the emulation but, my speed decreased to 65%-75% (before it was 90%-100%) and my fps dropped to 15-25 fps (before it was 30 fps). Is there a way to make the Nightly Version goes back to normal without decreasing the performance (speed and fps) of it? and this problem not only happens in the Nightly version but, it also happens in the canary version

I’ve tested it also but, the problem still occurs

Do you only have integrated graphics? Check in Device Manager under Display adapters and see what GPUs you have in your laptop.

Ok, since Citra picked up your iGPU instead that means you need to go into Nvidia Control Panel then in Manage 3D Settings set Preferred GPU to Nvidia. While you are there also set Power management mode to Prefer maximum performance.

If you have GeForce Experience installed you might need to turn off Battery Boost as well:

r/pcmasterrace - PSA to anyone with a new NVIDIA gaming laptop! Turn off Battery... 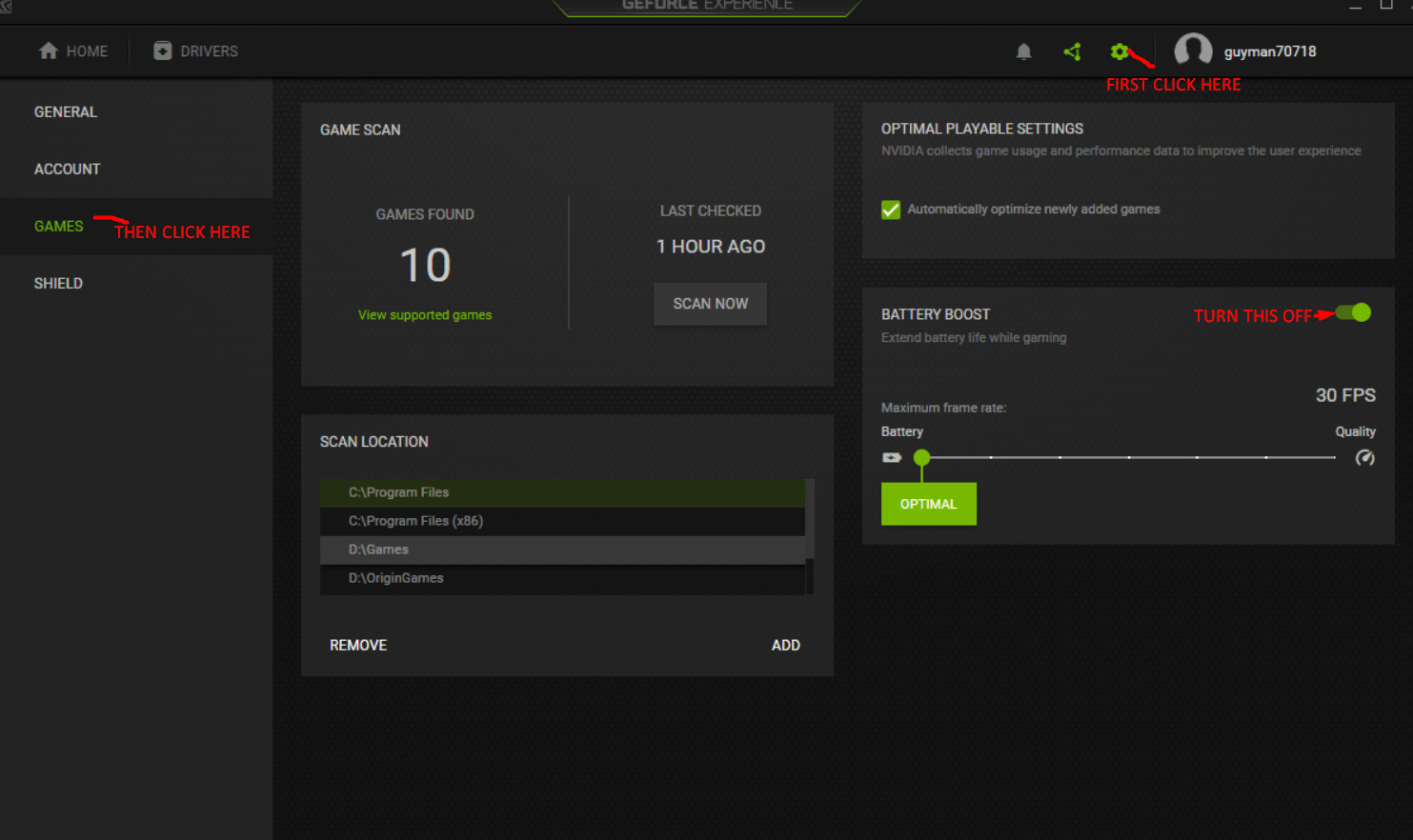 Do this as well:

WOW! IT WORKED!
Thank you so much! I can finally continue my game
Hope you have a nice day!