How to play New Super Mario Bros. U Deluxe in multiplayer

Hello,
I want to play New Super Mario Bros. U Deluxe on Yuzu in Multiplayer.
I want to know how to do that because when I follow the tutorials to host yuzu games it doesn’t works when it’s asking the controllers (view screenshot below) 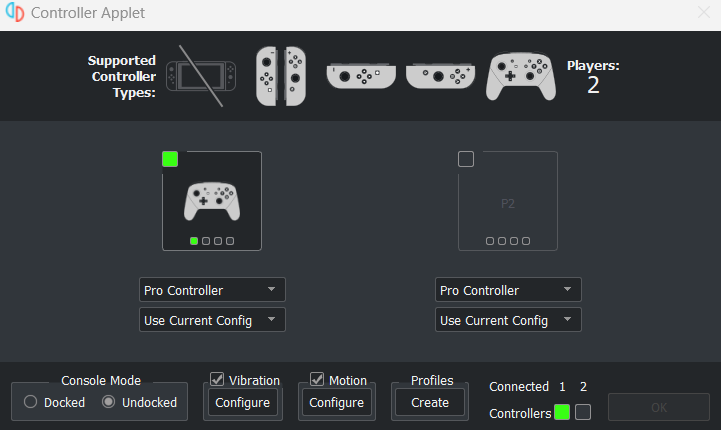 In order for us to provide better support, we need to see the log generated by yuzu. This guide will walk you through how you can obtain the log file: Getting Log Files - yuzu

Can anyone respond to me, that’s really annoying tf

You just properly setup both controllers before you launch game and it shouldn’t trigger the applet popup. Pro controller would work for both

This setup would only be for splitscreen anyways. Local wireless multiplayer you wouldn’t be touching this at all.

First thanks for your reply but can you send me a tutorial to properly setup the controllers?
Thanks!!

this picture should be good enough example 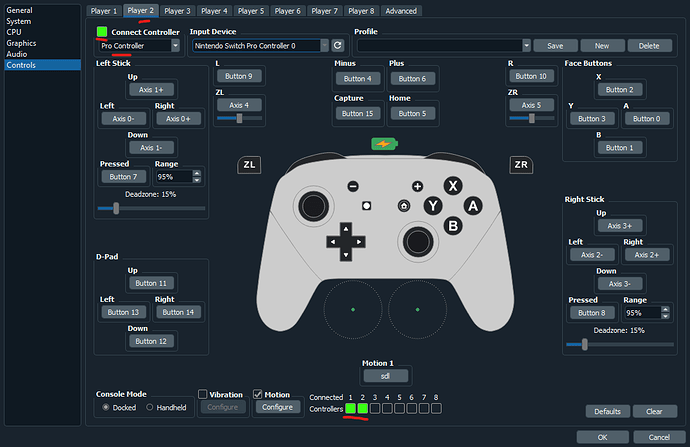 Then when you launch the game have the second player hit the L+R to proceed in menu then player one can go through the menu for multiplayer without controller popup. 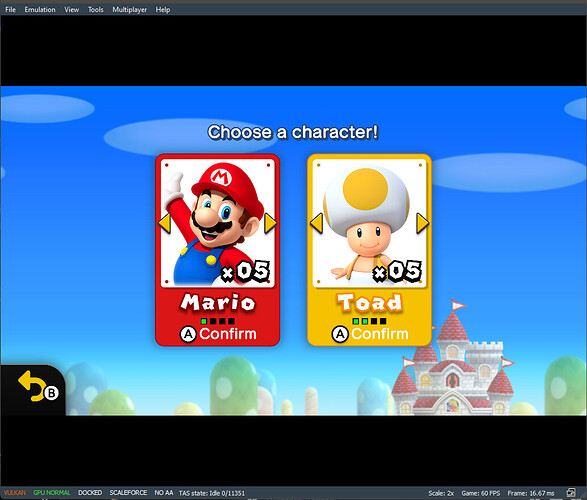 Thank you very much!

Hello! I’m ShireDev’s friend, and we both tested your fix, but unfortunately, it didn’t work. Sorry for responding a few days after!

If youre using parsec make sure when you join session that you hit button on controller. You should hear windows chime like device is being plugged in. That is parsec sharing the controller to friends computer. From there it should be how I mentioned to setup the controllers and to have second player hit the l+r menu

My friend is asleep right now and I just downloaded Parsec so we’re not currently playing, but which button do I need to press to hear the Windows chime? Sorry for the late messages, by the way!

The button shouldn’t matter too much just as long as something is pressed. Something like ‘A’ button for instance should be enough. Once connected the parsec host should be able to see the controller in the controls page for yuzu in the input device dropdown. May need to hit the

refresh button next to it to update the list.

Main reason to use parsec is it simulates ‘being in the same room’ since it shares the hosts stream to guest and the guests controller input back to host pc. The game will be easier to play with a friend with the local co op through parsec since it does not have any local wireless ability. So it can’t be played through the yuzu’s online feature.

If you want two people to play it is best for them to have their own controller period.