I try to play DQMJ3P but there are slowdowns

Issue:
Hello, being a big fan of the Dragon Quest Monster Joker series, I wanted to try the 3 in professional mode since it has not left Japan. When I started the game I had some slowdowns already on the title screen, but during the cinematics and when I was walking around in small spaces it was fine. But I enter a large area of the game and I start to have serious slowdowns, the emulator speed goes to 20% on 100 and I’m at 5 FPS. I have already tried a few things suggested on the site but nothing worked, and I don’t know if it’s a configuration problem with my computer which is not powerful enough. But it can run an Xbox 360 game so I don’t think that’s my configuration: 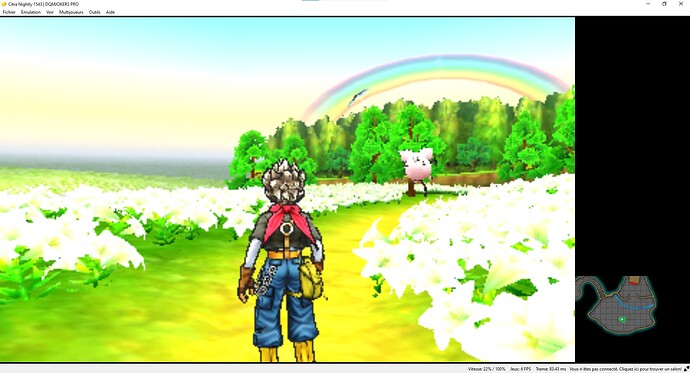 Thanks a lot for those who will help me !

You’re in the unfortunate group of people who require an older Citra version to play this game at decent performance, but you’re also stuck on AMD’s old drivers since the newer (more performance) drivers require a new change that is only in Citra Canary for now. Those new drivers drastically improves the performance of OpenGL applications like Citra. There isn’t much we can do about this.