It used to work at a decent speed, now it's super slow. All games

Issue:
I used to run these games very smoothly on my poor laptop, but now it’s running very slow with 4fps at 15%. It started yesterday after rebooting my CPU and I’m not sure what’s the source of it, since I haven’t done anything to cause it. (installing new programs or hardware). I’ve already tried to reinstall all my drivers thinking that maybe it has something to do with it, but the problem persists.

I’ve downloaded the newest version of Citra (a7758b0) in a glimpse of hope, but it only seemed to make the problem much worse as you can see:

[Album] Imgur: The magic of the Internet 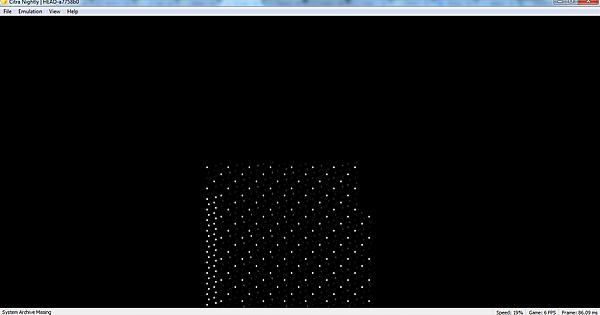 I’d like to apologize in advance and thank you beautiful people for it. I know you guys doesn’t have an obligation to help anybody but you all do a great job here, so it’s ok if I don’t get my chance here, but I would appreciate any help or response.

Are you using any GL hooking programs, like Fraps, Dxtory or MSI Afterburner with Citra?

If no, then that message is not normal and probably caused by buggy Intel drivers.

it is kinda odd how anything was running at a good level considering your very weak cpu.

Are you using any GL hooking programs, like Fraps, Dxtory or MSI Afterburner with Citra?
If no, then that message is not normal and probably caused by buggy Intel drivers.

I already did that before coming here, it seems that the problem was really my graphic card. After some windows update the game speed went back to the normal BUT now I have a new problem. Black screen. exactly like this topic here: Black Screen when start a game

I can hear the audio and control it, but no image at all. I also tested it on Zelda OOT so it can’t be a problem with shared_font.bin (although I have it). Which makes me almost sure that the problem is in my graphics…but I installed the latest driver directly from Intel and I’m having the same problem, so I am really lost.

it is kinda odd how anything was running at a good level considering your very weak cpu.

Yup. But it does. Some games like pokemon is impossible, but Fire emblem goes 100% except for the cutscenes.

Have you tried to install a different version of the driver? Try installing the laptop manufacturer drivers?

Have you tried to install a different version of the driver? Try installing the laptop manufacturer drivers?

After 6 different driver updater tools and a billion of manual installations and dozens of random problems, I finally got this! I don’t want to make an unnecessary propaganda but a guideline for those who come across with the same problem: Use Drive Booster 4. Somehow it’s the only one that updated my drivers in an optimal way. It’s funny that even Intel driver assistant couldn’t solve this. So for those lay ones like me whose have problems to figure out what’s the best drive for your operational system (which was really difficult since it just only showed “VGA Standard”) I really recommend this software.

Anyway, thanks for the help Hexagon12! All the best!

I wouldn’t recommend using Driver Booster, because it’s one of those programs that could cause more harm than installing correct drivers.

Anyways, I’m glad that you got it solved!

I also use that program, it CAN do lots of dangerous stuff, but it doesnt, generally, it only updates your old drivers