Hello! This is my HD texture pack page for NSMB2 32400×1440 563 KB
This was initially just planned as a quick and easy GUI pack (no tiles / level textures), just to test things out and learn how to use the upscale models.
This pack was initially just a GUI mod. But eventually I upscaled the overworld textures, as well as the intro.
Update 0.9.9 Textures for level backgrounds, as well a most 3D models are also included

Most of the textures were upscaled using Cupscale and various ESRGAN models. For some few exceptions, some additional adjustments were made in Gimp. For even fewer exceptions, were the model upscale was completely broken, the texture was redone using additional resources. 99% of the source material are the dumped textures.

You can find what models on each texture by looking at the filename. I left original filename exported by Cupscale in order to better document my process. Citra only looks at the first part of the filename, it ignores the 2nd part 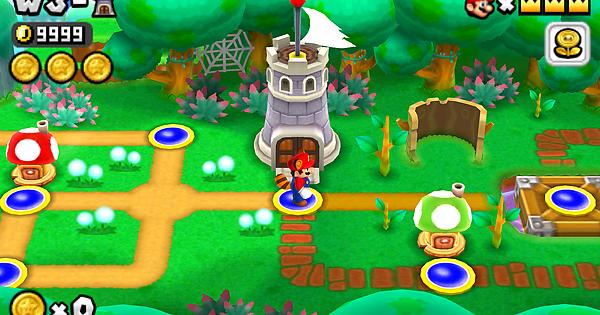 Sorry to bother you with a simple question but how do you install this for Citra?

Great work alxkiri, thanks for sharing!

I will definately use your texture pack when I’m going to start playing NSMB2 in the future. Now I also got curious to check out Cupscale and do some image upscaling.

I’ve edited the first post. The textures used in the intro were also upscaled. In fact, the imgur album includes an outdated title screenshot. I’ve also added that to the first post.

Update!
I have added upscaled textures for the level backgrounds, as well a most 3D models used in the levels. The 2D sprites used in the levels are still not upscaleable, and won’t be anytime soon, as it was confirmed as unfixable by the devs.

When are you going to finish the texture pack, is it discontinued?

This isn’t something we can fix unfortunately. It would be far too difficult to detect when pieces of a texture atlas are updated and dump them as separate textures.

So, it’s kinda discontinued, as it’s impossible for me to finish the pack with the current implementation.

So… I started playing this game, and immediately after that, started creating an HD pack not knowing this one existed. I recreated the game’s textures in GIMP, imported a few from my New Super Mario Bros. Wii pack (found on the Dolphin forums) such as the map icons, and modified artwork for the icons. I did not use any upscaling, so some textures may be slightly different from the originals/upscales. All textures in my pack have been manually created.

I was debating whether I was actually going to release it, but ultimately figured it was worth sharing. I matched the file names and structure of the pack posted here so it can just be a simple copy and paste so the packs can be used together. Some upscales may be a bit better than my retextures, so its advised to sort through and keep whichever ones you want. As a side note, anyone can do whatever they want with the textures. If the author of this thread’s pack wants to include some/all textures from my pack, feel free to do so.

MediaFire is a simple to use free service that lets you put all your photos, documents, music, and video in a single place so you can access them anywhere and share them everywhere.

Side note:
It’s a shame that this game suffers the same issue in Citra that NSMB Wii had in Dolphin. Somehow, devs of Dolphin solved this with partial texture updates, I wonder if a similar solution could be done in Citra? Anyway, with how far upscaling has come, it might be worth going back and hitting the NSMBW textures. When I released that pack like around 8 years ago, it was nowhere near the level it is today. I was kinda blown away with just how nice the textures looked in this pack. Obviously I still don’t think it quite compares to manually redrawing them, but we’re not far off. Anyway, that’s everything. Have fun, enjoy!