Issue:
Enter a description of your issue here, in full detail.
Game will randomly crash during play. It happens about every 30 seconds or so. The whole Citra crashes
*System Information

thats an optional driver my current drive is recommended 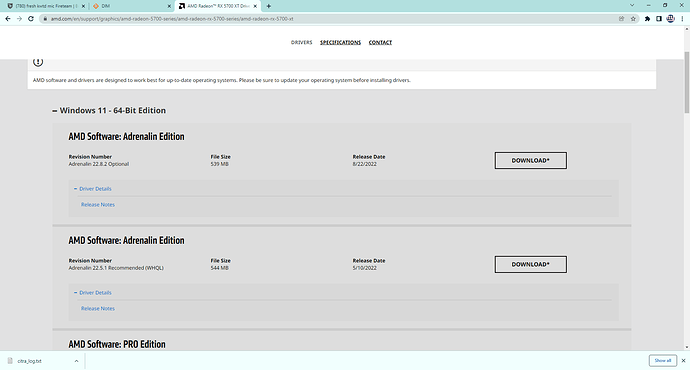 I’m aware. However 22.8.2 is recommended for Citra right now. Since that driver includes many fixes for OpenGL related issues, which are very relevant for Citra.

By chance you have the shaders of this pokemon, I have looked for it on the internet but they disappeared and I did not make copies before formatting… i have terrible paron now every time something happens. Help me plis.

Shaders contain copyrighted game code, hence they cannot be shared. Since that would be piracy. It’s also not very useful since shaders are hardware and game specific. Transfering them will lead to Citta deleting them.