Games running poorly on beefy AMD machine
basically in the title, I have a pretty good AMD machine yet I suffer massive frame drops and none of my settings can’t seem to fix the issue, I didn’t have this issue prior to upgrading from my rx570 to a 6600xt and was able to run most games fine but now it struggles

This issue and the solution has been posted a lot of times everywhere even outside this forum. You could’ve searched for it and spared some time.

that is the most vaguest tutorial ever

Before trying to use Linux, go to Emulation > Configure > Graphics > Advanced and disable Hardware Shaders.
Then try your game again.
If this doesn’t work, you will need to use Linux due to AMD GPU drivers for OpenGL on Windows being terrible.

Heyo! I had the same problem as you did a few days ago, I’m also running a AMD Machine but instead of the RX 6600 XT, I’m running a RX 5600 XT.
I came across a Reddit post with a video linked on r/citra which solved all my problems and now I’m able to play MH4U ( I believe it’s one of the most demanding games on Citra ) at 100% Speed with HD Texture Pack, 5x Native Res. 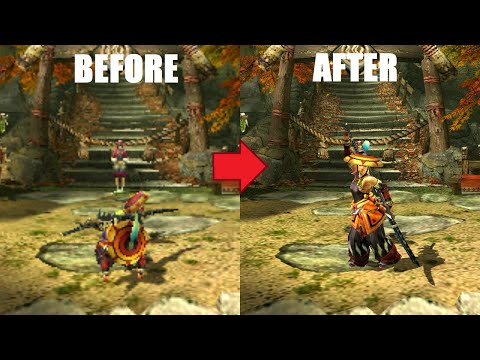 From my understading it makes use of the Linux AMD drivers on a specific application, in this case, Citra. Also when downloading the file you might come across your antivirus warning you of virus but it turns out it’s just a false positive, I’ve had no problems whatsoever after installing this. Can’t recommend it enough to people with AMD GPUs.