When using the Ps4 controller, for some reason the Joystick 0 Axis 4- keeps being input. I tried 2 different Ps4 controllers and several different usb ports to make sure it wasn’t a hardware issue. I’ve tried restarting Citra, unplugging the controller and nothing fixes it. I just think there is a problem in the code. 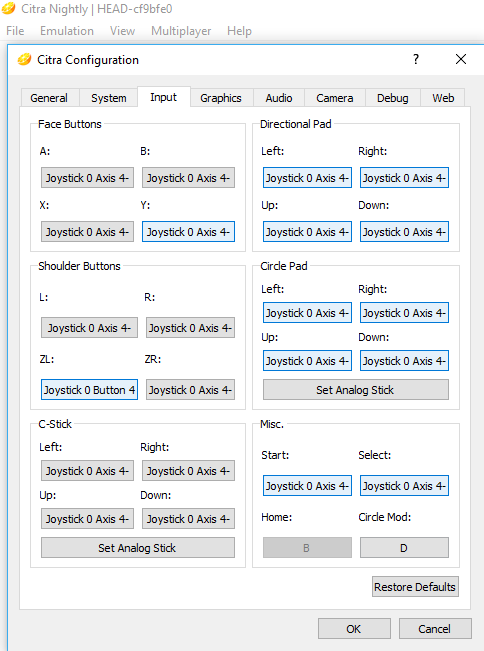 I’m not quiet sure how but I fixed it…

Yeah, this is a known issue. You must configure your controller manually, using the old INI editing method.

There is actually another solution that works really well, if you are using DS4windows, just check that box in the settings: That will hide the DS4 controller for the system, letting windows think you have an xbox 360 controller.

The Joystick 0 Axis 4- is the gyroscope, which detects movement, as the xbox 360 controller doesn’t have one, problem solved