Hi, i’d appreciate if you consider to optimize Citra for the newer Ryzen processors. (If CPU is the problem)
In pokemon omega ruby i am getting 20 FPS in RustBoro City and in the intro.


[Album] Imgur: The magic of the Internet 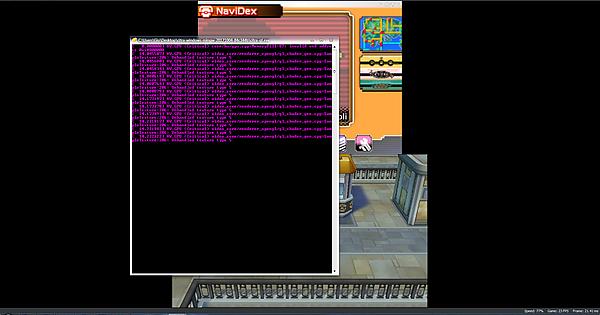 Ryzen doesn’t have the same IPC as Intel processors, and as such, suffers subsequently. Further, at this time, Citra is single threaded, meaning that it can only take advantage of a single core anyway. Future optimisations may reduce the impact of this.

Ryzen has like -9% of kaby lake IPC… what? Single core performance should be like a on overclocked broadwell E.

Citra is CPU bound, so that 9%+ matters. That is the nature of Citra at this time - Intel CPUs, esp. cheap ones struggle as well.

Possibility that Citra sees an atleast dual core optimization? Anything besides overclocking (i don’t think 4.1 ghz would change much, and it will require a lot of voltage, ram speed are already at max for its binning i think lol) and lower the resolution that i can do to improve performance? I’ve removed the outlines with OBS, maybe with an HEX code like the one for pokemon sun and moon it will be better?

at some undefined point in the future, most likely will

and it will require a lot of voltage, ram speed are already at max for its binning i think lol)

not sure what you mean by a lot of voltage but if you mean tinkering with your cpu voltage then i do not recommend that at all, unless you know what you are doing, also citra does not depend on ram speed, most of the work is done by the cpu.

lower the resolution that i can do to improve performance?

no the gpu in citra is not a bottleneck, it is the cpu. changing the res will help little to nothing at all

There is not much you can do, until Citra gets possibly multithreaded, which reminds me, see the citra subreddit, bob doe made some multhreading improvements, (not sure if I can link the exact thread here), which may or may not be merged to the official or nightly build, but it improved performance not only on Samus returns, but on Pokemon Sun, Moon and Omega Ruby/Alpha Sapphire. That improved like 20% of speed alone.

Other than that, yes, wait till devs start focusing on optimizing for performance. (The main focus right now is accuracy, performance is secondary right now). That would be a lot of other work and would also take much more time, I think.

(For ref - I’ve got R5 1600 at stock and Moon is generally now 85-100% outside and new areas are 70-80%. Indoors are always 100% and the only time it dips to 50% is when battle transition occurs. It is the reason why I became interested in playing Moon again, this time on my PC. It is now very much playable. Omega Ruby didn’t slow down much in previous builds, only in very big cities. Now it is almost fully playable in terms of speed too, but the previous builds didn’t stop me completing the game before, so your preference.)

(not sure if I can link the exact thread here),

you can do that, as long as it does not contain material that violate the forums rules

the build you mention is great in performance however it lacks GS so people might be disappointed by that.

Lacks GS… don’t know what does it mean but for sure that build lacks particle effect in pokemon battles. Is there any similiar multithread build with effects?