A game I have apparently has better compatibility on older versions of Citra. I can’t seem to search for that version with the way this page lists it, though. 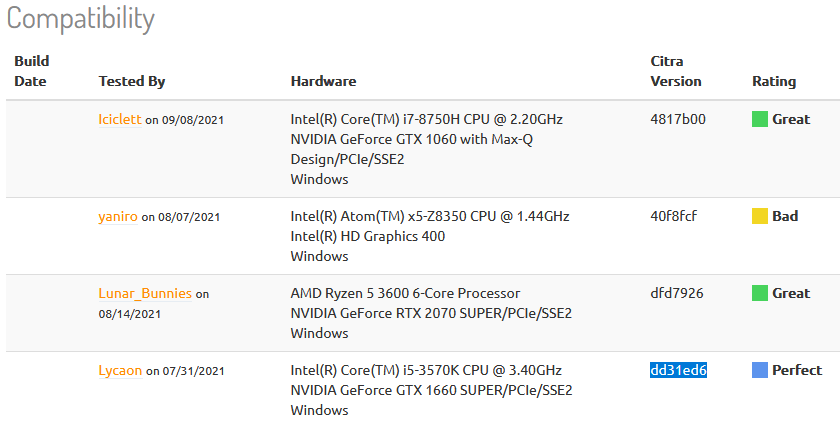 This not a quick way but it works.

Thank you so much! That helps me out a lot.
Also, I did not know that was called a hash, so thank you for clearing that up as well.

Also, keep in mind that the compatibility is user-reported and not always accurate (for example: New updates might require driver updates from users, but users tend to rate a game as running “bad” without ever asking for support from us). So it’s best to test it out yourself on the latest Citra Nightly build to see whether the report is actually accurate.

Ah, I see. Beyond just playing a game, is there a way for me to test compatibility so I could report a game’s performance better? One game I own says it hasn’t even been tested yet.

The compatibility list itself is in need of a bit of maintenance. It currently only supports reports from on game region, which means that if you own games of any other region than the supported one, it’ll report as “not tested”. Sadly, we currently lack a webdev with the time to work on fixing this.