Hi to all!I read that software keyboard is not emulated yet…but there is a way to bypass this problem?

From my knowledge, there is no way to get past the software keyboard. Perhaps dumping your save game past the point that the keyboard is required?

Yes,it would work but the software keyboard is important to continue the game…anyway it means i’ll wait.

I wrote the code for it, but its not in any build yet as far as I know. I’ll be fixing it up eventually and it’ll be in a build after its fixed up.

What, is this fixed now? Otherwise, I have a workaround in my mind.

Hi to all!I read that software keyboard is not emulated yet…but there is a way to bypass this problem?

I think it would be nice if a new Qt msgbox appears asking the user to enter text. That text could then be sent to the game instead of “Citra”.

Can this be implemented ? I am currently working on the code.

this is a little more complicated than you are making it out to be. this would involve setting up a callback from the frontend to the core that the service would need to call. This callback would need to handle all of the different parameters that the software keyboard does including things like configurable buttons, filtered input, and a software callback to run after the input is sent. A lot of people just assume the software keyboard is just “Type in whatever here” but it does much more than that.

also this is likely to get bikeshedded even if you did it well. While I personally am not opposed to having a callback for applets so we can do cool things like a qt dialog for the software keyboard, I know from personal experience that there are other devs who don’t like that idea. We only have one other callback system in core right now and thats for telemetry. the right approach is to use HID to receive input and draw on the buffer thats already setup there.

a redistributable software keyboard that everyone can use.

I know exactly where to find that.

Link removed by Moderator due to copyrighted material.

Needs to be redumped from a cfw 3ds however.
Can anyone do a dump to .3dsx or any Citra readable format ? My 3DS is broken… 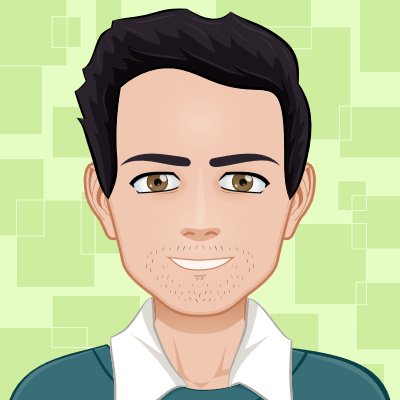 I’d never seen that before but thats actually really cool

You shouldn’t have to dump this person’s keyboard from a real 3ds. Citra can load .3dsx just fine. Also its source is available so you can build it with devKitPro

So theres three things that would have to happen for this persons software keyboard to be able to be used as the system keyboard.

Link removed by Moderator due to copyrighted material.

Hey, that’s open for downloads. How is that copyrighted ? Yeah it further links to copyrighted material, so, should I remove that part & post the open mirrors only ?

Ok, I did not know that. Sorry to bother.

im sorry if this is a necropost but i somehow manage to figure out a tad bit about making a sorta workaround with the unimplemented software keybord citra replacer text.

to make my story short, it start with a money cheat for story of seasons 1(EUR in my case) using cheat engine. once you made your money cheat, try to access its memory viewer and you will see somehwere on the right side corner of the hex editor a text something like C.i.t.r.a which is actually your player name. yo edit your name simply change the text to whatever you want but please do keep in mind to follow the format of adding a dot every other letter and i dunno how much letter you can use. i also have to point out that

if things work as it is, im assuming that somewhere in the citra code, there is a line that state that when a software keyboard prompt was detected, fill it with “Citra”(a lone text that cant be change as it was hardcoded) or fill it with vartext(a supposedly variable containing the text “Citra”) that replaces the text to whatever inside that string variable. if its the latter then we can actually make a sort of renamer hack that works like a trainer if its a variable but if its the former, it would be impossible.

It is currently hard-coded. There have been attempts at both implementing this properly, and workarounds, but none have been merged yet.

so my assumptions were right. its a lone text printed as “Citra” and not a variable containing the text “Citra” which would have been our ticket for a text replacer huh. no matter, what matter to me is if i can expand to what ive layed out already(using cheat engine as a text editor)