Issue:
When trying to play Soul Hackers, whenever a menu is open (when in the main menu or any time during battle, though especially when multiple windows are open), the game might randomly slow down from intervals of 0.5~4 seconds, seemingly without anything prompting it.

This is unique from the other games I tested: Those don’t run perfectly either, but it’s usually momentary hitching while some intense effect is happening or when rendering shaders for the first time. (For reference, I tested Fire Emblem Echoes, which feels like it should be far more intensive but runs far smoother, even when in the 3D battle sequences.) This seemingly happens at random—I left it in idling the same state (i.e. just leaving it on one menu), and it would both work normally and slow down seemingly at random. 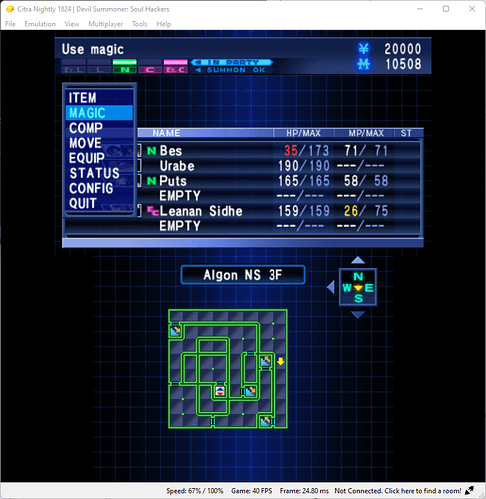 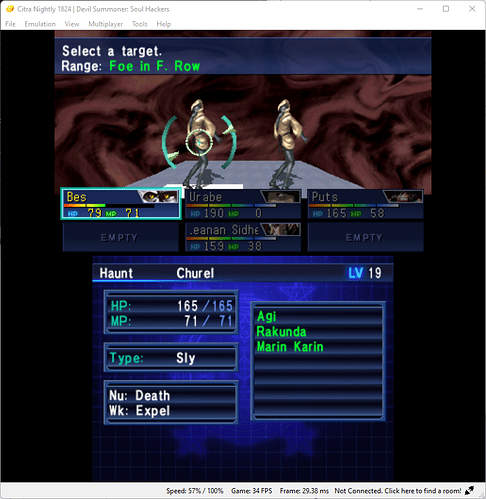 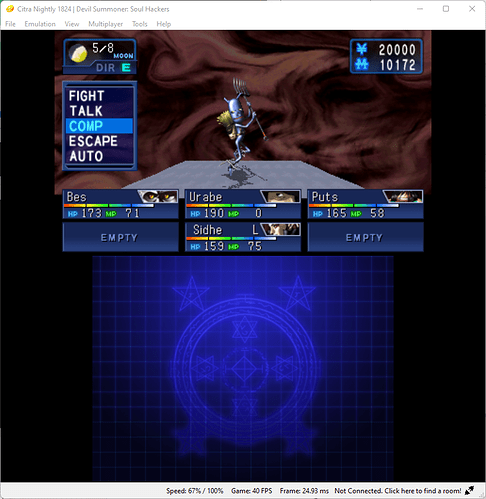 Hmm, this is the first I’ve heard of this issue. Might be related to your hardware’s drivers.

Neither updating my drivers nor increasing the underclock seems to make it go away. It’s still pretty random; sometimes I can get through fights without a hitch and sometimes it slows down to %60~70 performance for seconds at a time.

Maybe it’s just an issue with my hardware? I tried some extreme underclocking (~25%), and the slowdowns only really starts to go away once the clock speed is so low the 3DS itself is struggling to reach 60FPS. Maybe it’s just a deceptively taxing visual effect (the transparency effect on menus)?

Hmmm. your hardware shouldn’t be an issue. Are you sure that your laptop is plugged into the charger while you’re using Citra? Some devices have rather aggressive downclocking when on battery to save on battery life. So that might be contributing to the poor performance.

That’s probably not it: I’ve disabled almost every form of downclocking on my laptop to get the processor to run this fast in the first place. I basically keep it plugged in whenever I’m doing anything intensive.

Intel released some new drivers for your GPU. So it would be good to try those as a last ditch effort: