Issue:
At first, Tomodachi Life was running fine. A couple days later, out of nowhere, it starting running on 0fps when i was at 30 before. Now every time i open it, it crashes. 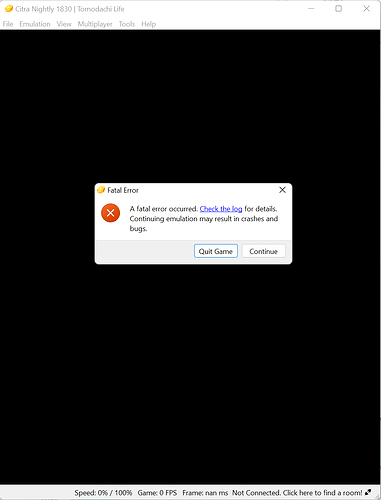