"Unsupported version" when I load a save on Pokemon

Issue:
Since yesterday, when I want to load a save for the game Pokemon Y, I saw this message : “Unsupported version”.
I am sure is due to a update of Citra Canary that I made before. I tried to delete it, but I don’t able to do it.
Can someone help me ? 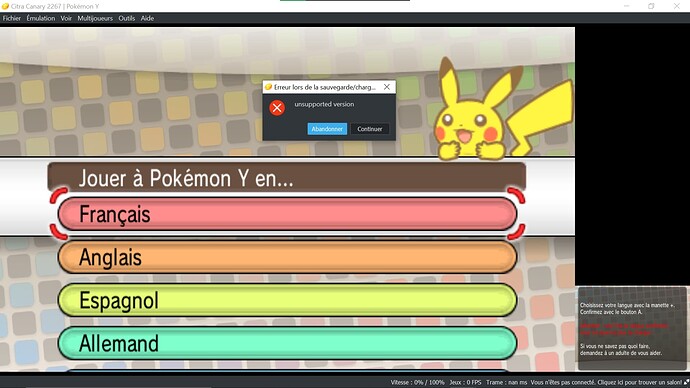 Save States are not compatible across different Citra builds and will eventually break even on the same Citra builds. That’s why we always recommend saving your game progress using your in-game save file(s) instead of your save states. As they are much more stable. Save states are only meant to be used within single gaming sessions, and not beyond them. Since I can see the language selection screen, I assume you did the exact opposite of that.

In which case you’ll need to find the Citra version that you created your save states on in order to load them, and then save in-game.